Gretchen Carlson is a broadcast journalist, television personality, and an advocate for women empowerment. Carlson is best known for uplifting the visibility of the #MeToo movement after she publicly came forward with a sexual harassment complaint against Fox News Chairman Roger Ailes. Her fearlessness not only helped other women in the industry also voice their experiences, but it was portrayed in the movie “Bombshell” and dramatic miniseries “The Loudest Voice.” The broadcast anchor has shared her insight and advice in her two bestselling autobiographies, “Be Fierce” and “Getting Real.” And the mother of two doesn’t stop there. She is now hosting her own news podcast, “Get the News with Gretchen Carlson,” where she objectively reports on topics related to politics, science, entertainment, and more.

Carlson was recognized by Time Magazine as one of the “100 Most Influential People in the World,” in 2017, and is considered by many as a champion of women’s rights. She hopes to pass on her courage to others and shares three tips for the Better Together community!

After seeing their mother speak openly about her experiences, Carlson’s son and daughter also felt empowered to confront the world with courage. As a mother, not only is she hoping to set a good example for her children but she set a precedent for other women on how to confront a toxic work environment. Her “courage is contagious,” because her two children learned from her bravery.

“I saw my courage transfer to them in a really, kind of short period of time.”

Her daughter was having trouble with some other girls at school and she wasn’t able to stand up for herself just yet. But one day, Carlson’s daughter came home and told her she had stood up against those girls because she saw her mom speak out against her bullies. As if that moment wasn’t rewarding enough, Carlson’s son also shared a sweet message with his mom. After learning that once every 73 seconds in the U.S., a woman is harassed or assaulted, he told his mom he wanted to help change that fact.

“That was the day I realized how imperative it is to get to our young boys, to get them to understand our fight,” the mother of two revealed.

Use Your Voice When Others Can’t

“This is really about unmuzzling women who don’t have the ability to get the attention that I do.”

Carlson continues using her voice for women and systemic change with the non-profit platform she co-founded last year. Lift Our Voices is an initiative that strives to eradicate NDAs related to a toxic work environment, and arbitration clauses in employment contracts so employees, especially women, can bring attention to the issues they’re experiencing. The goal of Lift Our Voices is to help the thousands or millions of women who cannot afford to come forward or denounce the issues they’re facing in the workplace. Carlson encourages others to uplift the voices of those who go unheard.

“You’re always going to have critics. It’s about how you respond to them, that’s what gives you your power,” Carlson explains.

The TV journalist says people can only control their reactions, not what others say or do. As someone who has worked in the spotlight for decades, Carlson knows how to deal with her critics and haters. She believes someone can take charge of a situation if they avoid getting mired in the judgment of others. Know who you are so others can’t tell you who you are.

“Go to the media. Go to tell your story because that is the biggest way you can take your power back and control your own narrative.”

Carlson also offers three pieces of advice for someone who is experiencing sexual harassment in the work environment. These specific tips are from a larger list of tips shared in the “playbook” she writes about in her 2017 book “Be Fierce.” She says the person should go to a lawyer rather than human resources because legal advice from an outsider perspective helps identify the kind of problem they’re encountering. Second, Carlson suggests gathering evidence because we still live in a “he said, she said,” world. Lastly, she recommends the person talks with someone about the situation. This other individual can help bolster the person’s story by telling the truth if they’re called in for questioning.

Carlson says she’s been underestimated her whole life. After becoming Miss America in 1989, Carlson pursued a career in broadcast journalism where she wasn’t always taken seriously by her peers. She learned to stand up for herself by being one of the best in the business. The journalist and author worked hard to prove them all wrong. At the time, Carlson was one of the only women covering the governor daily when she was a reporter in Richmond, Virginia. Since then, she’s worked toward the successful and accomplished career path the world sees now! 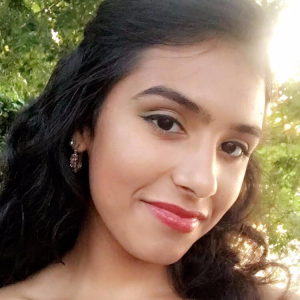 Natalie Benoit is a bilingual, multimedia student journalist at Emerson College working on her bachelor’s degree in journalism with a minor in public relations. She is a fall 2020 virtual intern for AfterBuzz TV who hopes to pursue a career in entertainment news reporting and producing. Benoit is a huge fan of action packed fantasies and teen angst shows, including Money Heist, The Witcher and Euphoria. She’s also an avid TikTok user and enjoys watching YouTube videos from different creators.

Three Herbs and Supplements to Aid You Leading up to Menopause

Connect with me and let’s get Better Together.